Magic casters shoot like it's a bullet hell game

25 pets and a couple of mounts to ride

Meet one of 20 bosses at the end of each level 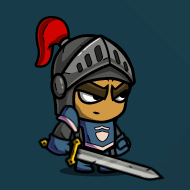 Starts the game with 50% damage reduction for a limited number of hits. Has a quick attack that can stun enemies and a strong but slower attack that does more damage. As he fights, his rage grows. Once full, he can perform a special rage attack that depends on the weapon he's using. Can also stomp and smash fallen enemies.

Other classes can use melee weapons as well, but with reduced proficiency. The knight also starts with 70% archery skill, so he can use bow and arrows efficiently.

Starts the game with the Strawberry Staff which can create food for herself and other players. The food restores the hitpoints lost during combat. However, she's not limited to healing. She can find and pick up any other magic staff during the game and use it to cause serious damage to the enemies. She also starts with 70% archery, so she can use bows and arrows as well as the Knight can. She's a true ranged-combat character. 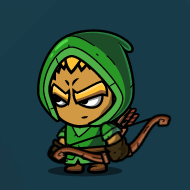 Starts with a bow and a quiver full of arrows which counts as an additional inventory slot. The arrows are slow to release, so you need to aim carefully, but they do a lot of damage and you can take out most enemies in only 2 or 3 shots. With some upgrades you will be able to 1-shot most basic enemy types.

The Archer starts with 70% melee skill, so you can find and use melee weapons to fight in close quarters situations. 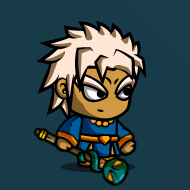 Starts with the Snake Staff which can add poison to any weapon. The poison is slow but does a lot of damage over time, so is great when fighting longer battles with bosses or rooms full of enemies. There are multiple upgrades to be found in the game to increase the poison damage. Obtaining a different magic staff allows him to switch to a high damage weapon while still being able to add poison to it, making some deadly combos.

Like all other mages, The Druid can read all the magic scrolls and significantly improve your chances for beating the game. 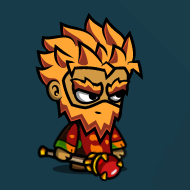 Starts with the Fireball Staff, which can shoot fireballs that do significant amounts of damage in a very short time. While the Pyromanicer is immune to fire, he can also use his staff to give the fire immunity to other players. The Pyromancer starts with 60% melee skill, so he can also find some melee weapons usable, especially after a couple of upgrades.

To compensate for the pyromancer's fire immunity and high damage, he starts the game with lower health. 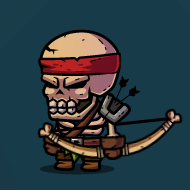 Undead Ranger
Kill to get stronger

Starts with a Bone Bow and a quiver of bone arrows, allowing him to one-shot most enemies from the very start of the game. He can harvest bones from fallen enemies and use those to make his weapon stronger. He also starts with 90% melee, which allows him to save on collected bones early in the game and get really strong.

The Undead Ranger is a skeleton; he has no digestive tract, so he cannot drink nor eat. Therefore he cannot use food to heal. He also cannot drink any potions nor beer. However, he is immune to poison and muscle spasms. 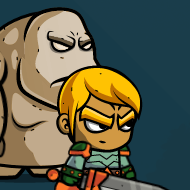 Alchemist isn't particulary good in any form of combat, but he makes it up in different ways. He can recognize all potions without having to risk drinking the bad ones and he starts with a retort, which he can use to prepare more potions and power up that way.

He can also summon a golem familiar to fight for him. Alchemist marks which enemies to attack and the golem obeys. 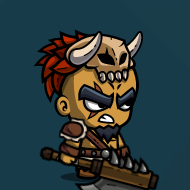 Starts with the Barbarian Axe that can be used to knock down shielded enemies. Every consequtive hit with the axe deals more damage, so you will want to keep the combo going.

Barbarian isn't really good with magic, so he has +3 mana cost penalty to all magic items and staves. He makes it up by having double rage buildup compared to all other characters, so you can use weapon arts twice as often. 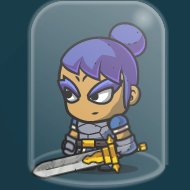 While Barbarian is pure offense, and Knight is well balanced, the Paladin is a pure tank character. She starts with a sword that allows you to invoke help from gods and protect you from harm for a limited duration. This ability is used instead of high-damage rage attacks that other weapons have. To compensate for lack of rage attacks, the Paladin has increased damage for all weapons while the divine shield is active.

Paladins have a special affinity to undead enemies and they do double damage to them. This stacks on top of the sworn-enemy selection you can sometimes do in the castle training room. In that case you would do quadruple damage to that particular undead enemy. 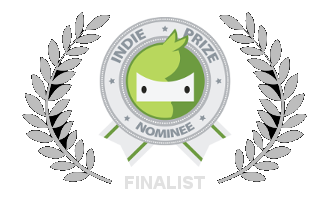 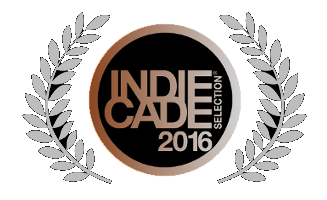 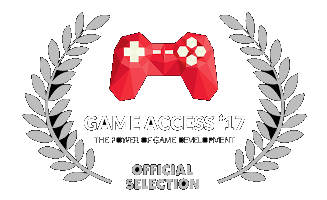 A new version is online with a lot of new content. Paladin and Alchemist heroes are here, with completely new play mechanics. Paladin is a tank character with renewable divine shield, while Alchemist has a golem minion that fights alongside. The new RPG mode allows you to play without permadeath, and Endless arena pits you against waves of enemies. The update also brings 10 new weapons with unique mechanics, 2 new summons, 8 new pets... Version 3.1.4 is online with the 4th desert boss: The War Elephant. This is an important milestone, because all the bosses I planned for the first full game release are now in the game. The initial plan was actually 20 or 21 boss, but as the game has been developed many new ideas came and now we have 24. I do have some ideas for 4-5 more bosses, but those will come after Early Access....